Benjamin Hunter shares why he's chosen to dedicate his career to defending the security of exams.
A Career with Meaning

I was never one of those people who believed I would find a job with a purpose meaningful enough to say that I “love” what I do. I’ve been in testing for 7 years, and I’ve genuinely liked all of the positions I’ve held in the industry, but I have always thought of my work as well… “work.” That all changed this year.

The first step towards that ultimate goal of loving my job came a few years ago when a chance conference encounter met with some bad traffic and a misrouted email. All of this ultimately led to my arrival at Caveon. In my new position, I spent my days discussing issues such as fairness, integrity, and the meaning of test scores. I began to intellectually understand why valid testing is important, and started to recognize the role that test security plays in ensuring trust in test results. However, it wasn’t until these past few months that the importance of our work resonated with me at a deeper emotional level.

Fast forward to fall of 2018—my wife and I were expecting our third son. After a rocky start to the pregnancy, we arrived at our 20-week appointment expecting to get the “all clear” and continue with our lives. The universe, however, had different plans. Our high-risk OBGYN said that something in the ultrasound just didn’t look right, and that she needed to get her lead sonographer to take another look. It turned out that things weren’t all clear; our baby was diagnosed in-utero with a congenital heart defect called Tetralogy of Fallot, a condition that would require open-heart surgery after birth. 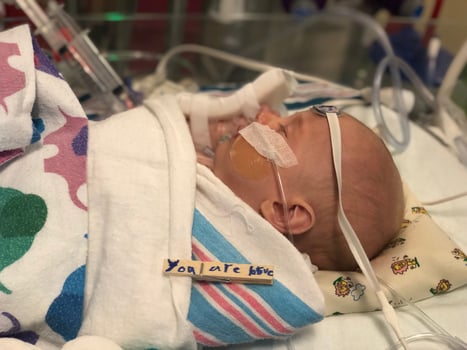 The next eight months confronted us with a myriad of appointments, sonograms, fetal echocardiogram appointments, follow-up appointments, our son’s birth, a quick layover in the NICU, more cardiology appointments, fighting with insurance companies, RSV vaccinations, pre-authorizations, scheduling surgery, sleepless nights, and plenty of angst about the surgery itself. Finally, our pre-surgery consultation arrived, and we met the surgeon who would be performing the open heart surgery on our three-month-old baby boy the following day.

The Importance of Valid Certification

There probably isn’t a single person in the field of testing, specifically in certification, who hasn’t heard or said this phrase in the past year: “Certification testing is important, and needs to be secure, because who wants an unqualified doctor conducting their operation?” This anecdote became my reality as I handed my 3-month old son to a stranger that I had just met, expecting him to perform an operation that would involve stopping, opening, patching, closing, and restarting my boy’s heart.

There’s a certain level of trust that a credential confers, but as a person with great faith in numbers, statistics, and a strong background in certification/licensure, I found it comforting to be able to look around at the badges of the people that would handle every aspect of my son's life-saving surgery, and see their credentials front and center. I was surrounded by qualifications—RN, NP, Pediatric Cardiac Surgeon, Anesthesiologist, CRNA—and those qualifications gave me a modicum of peace on that day.

I'm happy to report that the surgery went well, and our son Ellis's recovery continues to proceed according to plan; we spent less than 5 days in the hospital, and less than 4 weeks removed from the surgery date his incision scars have completely healed (though they will always be visible). 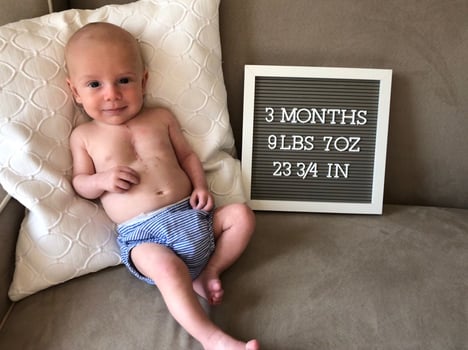 An Appreciation for the Field of Test Security

This last year has been a humbling experience in more ways than I can count, but one unexpected impact is the renewed appreciation it has given for the work that I do on a daily basis. Trusting my infant son to a team of certified doctors and nurses has forever changed my perspective on the importance of testing, and specifically on the importance of test security. When we talk about how important it is to have valid exam results, it’s no longer anecdotal for me—it has real meaning, and real-world implications. I might not be sitting on the beach drinking margaritas and getting paid for it, but I’m inspired by the knowledge that my son is alive and well today, in part due to valid credentials, valid certification (and corresponding licensure), skilled practitioners, and a whole mess of technology. I might never have expected it, but I just might love my job.

I invite you to continue reading the many articles Caveon has published and hope that in these articles, you find some small and unexpected grain of knowledge that can help your program spring forward in its test security endeavors. I am speaking from experience when I assure you that our efforts to protect our exams are undeniably important. Let’s get to work.

Professionally, as the Vice President of Sales for Caveon, Benjamin is committed to matching clients with cutting-edge solutions that will meet their individual program needs, and to spearheading a push for new and innovative technology designed to benefit and protect the testing industry in the future. He has presented at numerous industry conferences, has previously served as a special officer on the ATP Security Committee, and has worked on the client side for two large, national certification programs. Personally, Ben is the proud father of 3 boys. The Hunter family resides in Arlington, Virginia, where they (along with the family dog, Teddy) enjoy all of the things that come along with living in a quiet neighborhood and a dead-end street, including playing outside until dinnertime, riding bicycles, and spending lots of time together as a family.

Learn more about proctoring in our white paper:

THE PAST, PRESENT, AND FUTURE OF PROCTORING